Millions of people are using Twitter on a regular basis, and as it turns out these same people are the ones who are more likely to check out your links and share them with others. In other words, there’s a lot of great potential for promotions of all sorts with this particular social network. This is why businesses now have dedicated Twitter accounts – they can leverage this new audience to their advantage.

Of course, one of the first steps you need to take when making use of Twitter for your promotions is to build a following. Usually, this is done by following people who are influential in your industry and finding ways to get them and their friends to follow you back. Couple this with informative and entertaining tweets, and you’re well on your way to harnessing the power of a Twitter audience. The thing is that it takes a long time for you to build up a large enough audience for effective promotions if you do things this way. If you want to grow your network faster, you need to do things differently.

What are Twitter Advertisements and how do they work?

Twitter advertisements are paid promotional options specifically designed for and offered to businesses. On the Twitter Advertising page, you see three main benefits to enrolling for Twitter promotion products. You can have your Tweets reach people who aren’t necessarily following you through Promoted Tweets. You can get more people to follow you through Promoted Accounts. You can build relevance and authority through Promoted Trends. All these can help you leverage the power of Twitter for your business more effectively.

While you DO need to pay for these, you also get to determine how much you’re willing to spend per day by deciding on a budget and participating in bids (you’ll learn more about it when you sign up). Furthermore, you don’t need to pay if the Advertisement doesn’t produce the desired results – a new follower, a retweet, and the like. And you don’t even have to use it all the time: you can stop using Twitter advertisements anytime you like.

As awesome and exciting as this is, it may not be for everyone. Sure, it worked for some businesses – VoIP provider RingCentral found that using Promoted Tweets attracted a massive increase in blog visits, while photographer Drew Ressler found 1,300 more followers through Promoted accounts. But that doesn’t mean that this service will do all your work for you. It only increases your chance for success; it doesn’t guarantee it. If you want to be absolutely sure that you’re getting exactly what you want out of this, you still need to do some hard work yourself.

In other words, this STILL won’t work if you don’t have a plan for engaging people through Twitter. At the end of the day, this is a tool that spreads awareness of your brand. Whether people will like you or not depends on your own effort to be likeable. Only then will your Twitter Advertisements be as effective as you want them to be.

So should you use Twitter Advertisements? Yes – they’re that useful. But be sure you can make it work out for you.

Nancy Perkins - May 31, 2013
0
Quick question: do you have guy friends who actively pin stuff on Pinterest? If you don’t, that’s understandable. After all, it’s not exactly a...

How To Build A Media Streaming Center

Stressing: The Facts that Matter

Why Should Your Business Be Social?

How To Grow Your Email List Fast With Simple Marketing Automation? 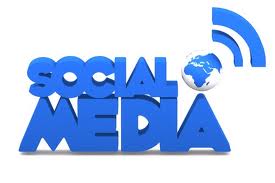