As of June 2012, there were around 600,000 total applications available on the Google Play Store and had a to-date download figure of 20 billion. The Apple App Store had over 650,000 apps and over 30 billion total downloads. With all these choices, how can new ones seek relevance and gain patronage? How do existing apps maintain their user bases?

Releasing an app prematurely, without fully ensuring that you’ve fine-tuned it and tested it and, most importantly, made it work, can lead to some pretty tough feedback from users. With people able to post feedback and reviews easily, a poorly-made app will most likely end up with a 1-star average rating.

While recovering from an early misstep is certainly doable, it can be pretty hard to get out from the shadow of all those negative reviews. For one, people might be scared off from downloading your app once they see the reviews, and this will prevent potential positive reviews from improving your score.

Perhaps you’ve heard about the Mitt Romney app (“With Mitt”) that featured a frame that notoriously misspelled “America” as “Amercia” and sent netizens into a flurry of laughter and mockery. This is a classic example of why there is always a need to review and revise. This doesn’t just apply to all the copy you put in the app; it involves practically every other aspect, from the layout of your app’s user interface all the way to how your icon looks on the end-user’s home screen.

One quick run-through of an app just before you submit it to an app store is not enough; you need to make sure that there would be no blunders and mistakes that would make it to the public. You never know how bad these things might be for your brand. Optimize and refine where you can, and polish anything that needs to be polished. The extra effort will be well worth it.

Getting an app to look good and to work well is the main thrust for developers, but how big the download is going to be can also factor into the decisions of the users. For example, the RingCentral app on Google Play is a mere 2.5 MB but it already brings many of the service’s core features.

Sure, phones have considerable storage space for apps, but many smartphone users can easily fill up their phones with so many tools, games, and media that storage space is still at a premium. In addition, some smartphone manufacturers refuse to provide ample internal storage, and some even neglect to put expandable storage options to suit design limitations or as a way to cut costs (we’re looking at you, Sony NXT line and the new guy, the Asus Google Nexus 7). With this, your app’s size is a legitimate concern. The smaller it is, the better.

In the end, though, it’s still all about making apps that are useful or enjoyable for people. As long as these are apps that work, and do what they’re supposed to do, people will not hesitate to click those download or install buttons.

Why Should You Use Custom Business Signage?

Mark Hourany - December 21, 2018
0
The goal of every business owner is to build an excellent reputation, generate sales and profits, and attract clients. However, these things don’t just... 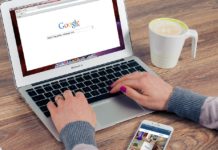 5 Ways to Make Money from Your Phone

Is MySpace Good for Business?

What to Do When Your Business Gets a Terrible Review