When you plan to sell your used smartphone, there are certain things that you look for in order for you to set realistic goals of how much you’ll be getting from it. There will also be some questions that you will ask yourself in order to decide which phone will satisfy your need for mobile communication and entertainment if you will eventually use the money you earned from selling it for an upgrade.

So, before selling them, you should be able to take a good look at their design, features and performance. Typically, when selling used cell phones, you should look for the style incorporated into your old smartphone both inside and out. Used cell phones vary from a lot of form factors. There are flip phones, candy bar models, and slider and swivel phones available, but most of smartphones of course, just have a screen as its interface. A flawless screen will be a huge advantage for you.
Some smartphones come in very thin and light models, others appear to be bigger and bulkier. However, weight does not really have an effect on the value of your smartphone.

Each phone comes with its unique properties. That is why they have their specifications. These are characteristics that will list the service that each of their features can provide. When selling your used smartphone, these specifications are important to consider, as these will determine how much you can get from it and how many people will be interested.
Some sample points to think about when selling your phone would be:

When evaluating used cell phones before selling them according to their design properties, here are some things to check out:

• As mentioned earlier, the flawlessness of the screen. No visible cracks or dents.
• The battery should still charge well.
• There should be less lag time when you launch apps.
• Call and text quality is still good.

But if you sell your old smartphone to a refurbisher or sell used electronics, these properties will not really matter, as they will buy your phone, no matter what its condition is. Of course, how much money you’ll be getting from it will change, but you’ll still dispose of it, which is kind of your main objective, right?
Moving on to choosing a new phone, pick something that will fit your activity level. You don’t really need the most advanced, most expensive model. If you end up not happy with the phone, chances are you’ll be selling it in no time. 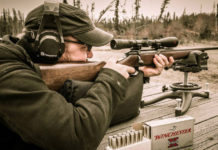 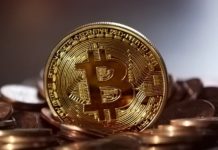 John - November 2, 2012
0
Introduction The Blackberry certification by RIM (Research In Motion) has been specially tailored for IT professionals who would like to maintain the Blackberry Enterprise Server....

If you’re a business, Big Brother might not be such a...

Things To Look For Before Hiring a Marketing Agency

How to Successfully Execute Print Marketing in a Digital World

Smartphone as Remote for Your Life