Gadget enthusiasts agree: Both the Kindle Fire HD and the Nexus 7 have a lot to offer. But, while one provides an impressive entertainment experience, the other gets work done and gets it done quickly. Which one you choose depends on your needs.

If you’re thinking about treating yourself or a loved one to a tablet this holiday season, fortunately for you, you have a lot of options. Two of the latest and greatest to join the mix? Amazon’s Kindle Fire HD and Google’s Nexus 7, both of the 7″, WiFi-only variety.

The Kindle Fire HD has a leg up on its competition when it comes to entertainment value because of its onboard speakers, HDMI-out port for streaming content to a TV or monitor, and of course, Amazon’s impressive inventory of movies and books.

But if you’re thinking you’ll mostly use your new tablet to keep up with work, you probably don’t need all that.

Unless you watch movies or read books all day as part of your job, you’ll want to go with the Nexus 7. According to reviewers, it’s much more suited to the needs of average users looking for an alternative to their laptops.

For example, its tight integration with Google apps such as Gmail, Calendar, Docs and Drive means users can switch between tablet, phone and computer without batting an eyelash.

And with Google Maps built-in, the Nexus 7 makes a great tool for getting around and getting work done while traveling. The Kindle HD doesn’t offer an integrated Map app.

The Nexus 7 doesn’t come with as much storage space as the Kindle – 8GB vs. 16GB for the same $199 base price – but if you’re a heavy user of cloud-based apps and don’t normally store content or files locally, you’ll have plenty to work with.

The fast and responsive user experience of the Nexus 7 is another thing you’ll appreciate. The Nexus 7′s quad-core CPU is faster than the Kindle’s dual-core processor. That, plus the fact that it runs the Jelly Bean operating system, the most advanced Android OS to date, make the user experience much more “elegant” and “efficient” than the Kindle’s, as one Nexus 7 review put it.

If the point of buying a tablet is so you can be more productive whenever and wherever, then you’ll want the Nexus 7. If you’re looking for a satisfying entertainment experience every time you log on, go with the Kindle HD.

About the Author:  Megan Berry is a tech editor for Progressive Business Publications where she covers technology’s ever changing impact on business.  Learn more about PBP here.

Riya Sherin - December 26, 2012
0
For people who are tired of writing lengthy and hectic blog posts with surplus information, Pinterest is the ideal way to go. Organize all...

Benefits and secrets of Article Marketing

Want to Access Your Favorite Sport Streams No Matter Where You... 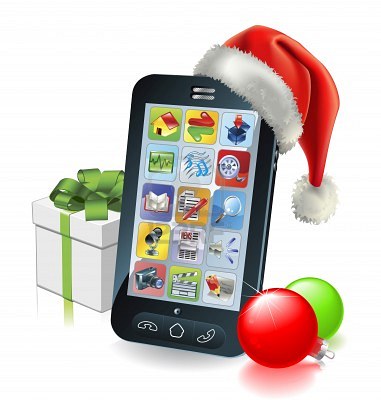 What You Should Know Before Buying a Mobile Phone This Christmas