The influence of gadgets or smart gadgets would be more appropriate to address, is so much to measure on popularity and usage scale that can’t be precisely estimated also. The iPhone has become much of a habit, then a mere physical appearance in our day to day lives and this all because of enormous featuring mini details of this pronounced gadget. There are so much essential features in this mere constrained gadget that it completely deserves to be on the stand of essential assets. Through iPhone, not only linking features are likely to be improved rather it has also stimulated adequacies in our daily tasks. By this gadget we are capable of doing many such unlisted chores which were not even in our nearby limits before. It can be described as a complete and absolute subjection of technology channelized in an efficient manner.

Now charge of home improvement is not that challenging as it used to be before, as now you can independently take charge of everything involved. That’s all because of this smartphone which instantly turns up to be your efficient fighter for almost every chore you think you are stuck in. The iPhone will completely alter the way through which you tend to ponder on the everyday world around you.

Many apps are succumbed through this smartphone, which can prove to be much more helpful for your handy projects like those pertaining to home improvement. Dream home, one of the highly rated and appreciated apps to provide you with multitude of color snapshots in various channelized home categories to opt from. The designers from worldwide have accumulated the inspirational photos so as to facilitate you with the idea of your home   looks after the improvement procedure, in this mere application. You can also make your view clear to any designer involved in your home modeling program by using this application. This app is also available in free version so now your imagination needs not to be constricted anymore; instead it should be expressed freely so as to fulfill your expectations, which can be done by implementing this application.

Ihandy, an application designed keeping in mind the requirement and necessity of measurements for home modeling. It includes almost every kind of measuring technique suitably involved in home improvement procedure like leveling, mitering and so on.

Home sizer is an app required for the comparing and estimating the cost of essentials which you want to include in your home modeling agenda. It is a perfect app to intimate you about the interests or the mortgage payments, which you must desire to, know that too before any kind of structural alteration in your home.

Palettes specifically describes about the color match, so as to add coordination between your beautiful interiors. Home logic control facilitates you with the full control of your interior icons like alarm system, heating and many more. Interior layout designer enables you with a planning tool regarding design and space. Many similar apps are restricted to this smart gadget, all you need to do is to explore.

Tom Clark is one of the most proficient authors on interior design and related issues. In this article, he writes about made to measure fitted wardrobes. He is a regular contributor to Fittedbedroomsandkitchen.co.uk. 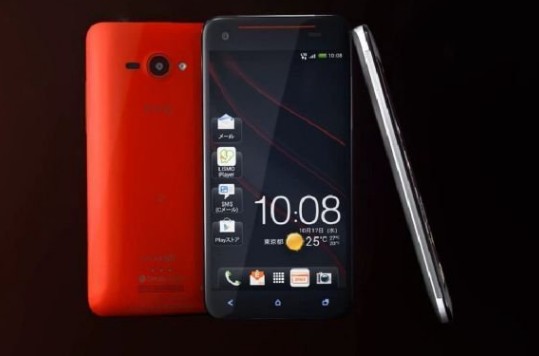 The all new HTC Droid DNA – Smart among Smart Phones

Tom Clark - December 1, 2012
0
The much talked about Droid DNA is finally here and it’s going viral. The much awaited introduction finally happened in New York. The first...

Mobile Viruses are on the Rise: How Safe Is Yours?

The 7 Best Digital Branding Tips to Try in 2020

Need for speed – ensuring that your broadband connection and download...

A Layman`s Guide to VoIP

How to Digitize Your Tapes and Save Your Memories