HTC has released the much awaited HTC one X in the beginning of year 2012. HTC one X is the first ice cream sandwich powered Smartphone from HTC packed with high speed browsing, HD image quality and exceptional gaming experience, all powered up by a quad core processor. Designed to a small elegant design with high end camera that never misses a shot, HTC one X is undoubtedly the new sensation in town. To get you more familiar with the juicy details about the device, we have come up with hands on review of HTC one X.

HD display is the essence of the device. It features a super clear 4.7 inch LCD touch screen with a screen resolution of 1280 by 720 pixels. The screen enables the user to view things crisp and clear. The display screen boasts lush colors delivering high definition clear images. Videos can be viewed in HD quality on websites via Wi-Fi connectivity. With HTC one X, HTC appears to kick out Apple’s new iPad display.

The high end camera is one of the assets of HTC ONE X. with its 8 mega pixel camera; HTC One X can capture HD images on the go. The camera is complimented by an image chip that gears up the processing speed of the camera. The image chip makes the HTC One X camera to capture the finest images of HD quality a smart phone can produce. HTC One X is taking digital photography on a new level. the HTC One X camera rivals the biggest leagues including Apple and Samsung.

HTC One X has Android 4.0 Ice cream sandwich which makes the device to function quick and smoothly.

HTC One X has Dre-audio for sound playing. The sound volume, throw and pitch are above the perfect level, and audio player plays the beats well enough. Music and sound on HTC One X is played to the maximum of volume with no comprise on the quality of the audio. HTC One X is a perfect replacement for iPods, MPS’s and radios.

HTC One X is powered by a tegra quad core processor which enables the handset to function quickly when commands come by tapping on to the touch screen. There is no pause in the processing of commands at any time on HTC One X. HTC One X is the device for you if you are seeking for a smart phone that process functions in blink of an eye.

HTC One is a smart device running on a tegra quad core processor with 4.0 Android ice cream sandwich which makes the device to function efficiently at a rapid rate. There is no issue with HTC one X despite some connectivity issues of Wi-Fi which HTC officials have announced to eliminate very soon. The device excellent photography skills, loud sound, and clear HD display are the specs that makes HTC One X stand out among other similar smart phones in the market.

John S Lam is a content writer at Test4Prep. Its provide you 100% 1Y0-A16 Exam . Let’s take benefit of 1Y0-A23 Exam material efficiently and get guaranteed success. Check out free demo of all certifications Exam. 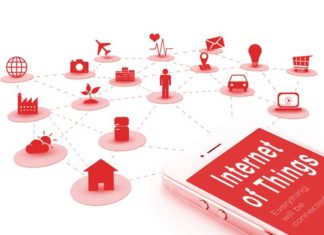 How IoT Technology is Reshaping the Future

admin - August 15, 2017
0
In today’s fast paced and highly technical marketplace, all companies are searching for ways to keep a competitive edge to help them drive earnings...

Phone or Tablet, which is Best for Gaming

Leave a message at the beep!

HOW TO AIM IN PUBG?

Dashboard Widgets to Have in Your Mac Computer

ABOUT US
Teckrr.com - The purpose to create this blog is to share insights, news, reviews about Social Media, Google Behavior, Tech, Gadgets and marketing related stuffs to help the world stay connected with tech world. If you have something trendy and informative that you want the world to read about, please feel free to contact
Contact us: the.kirfan@gmail.com
FOLLOW US
© 2017 Teckrr.com - All Rights Reserved. a
MORE STORIES
Mobile Phone