Since its rise during the last few years, social media has grown to encompass a big percentage of the immense traffic flow generating by the worlds 2.5 billion regular internet users. Additionally, with the nearly exponential growth in mobile internet use –much of which is based on accessing the internet through applications and especially social networking apps—the power of sites like Facebook, Twitter, Tumblr, Pinterest and others is becoming greater than ever.

For these reasons, amongst others that we’ll get into shortly, you as an online seller simply cannot ignore the impact of the social networks.  They are simply too important for your long term success and sales growth. Ultimately, any distributed information system that literally has the power to topple entire governments periodically is also going to serve as a powerful advertising tool if used the right way. Let’s go over how to do just that now.

Before anything else can be done to help your business with social media, you need to have your own networking presence. Commenting on and participating in other peoples accounts is impossible without this so you will have to get busy setting up those profiles.

However, not all social media platforms are created equal and aside from the major known networks, there are dozens of much smaller platforms out there, many of them catering to really specific niches such as medical professionals for example.

First, based on what you already know about your general target market and any extra information you glean through research, set up at least a couple of business profiles on the networks that most apply to these people and start filling them with content and connections. Doing this and managing a sales directed social presence in general is actually quite a bit of consistent work, so don’t over stretch yourself and set up 10 different social media accounts. Instead focus, focus on the networks where the majority of your target customers are likely to be found, at the very least open a Facebook business page and a Twitter Feed since both of these platforms are used by nearly everyone on the internet.

Connect your Sales Websites to your Social Presence

Having both a well-developed sales website and at least one or more social media accounts that are directed at your online business means then connecting the two so that free flow of both information and visitors can go on between them without any problems. You really want to do this since you’ll likely be getting independent visitors to both parts of your general online presence and want them to filter and fill the ranks in both directions.

For your social media pages, make sure you regularly post links to content on your sales websites, both for promotions and links to actual information content that your followers will find useful and valuable. For reasons that we’ll get to shortly, you can’t simply promote pure advertising of products in social media; you have to also inform and engage people.

As for your website, optimize it for social media by making any sort of login sections accessible through both a site based login and by logging in through any one of the major social network accounts. This will give people on your site direct access to your content in a way that shows what they’ve been visiting to their friends as well as making it easy for them to share that content willfully.

Furthermore, to add another layer of connectivity, make content sharing of everything on your website easy through social media connect and share buttons for all the major networks.

Engage People and Inform Them Instead of Just Advertising

This is a crucial point to keep in mind if you really want to get your social media sales promotion done right. Do not simply advertise to people; engage their interest instead. The intrinsic nature of social networks is, well, their socialness and this is what your entire system of efforts has to depend on. Instead of flooding your tweets or fan page posts with product advertisements, you need to create a dynamic series of posts that include news in your niche, valuable free information from your site as well as others and the occasional joke or funny post.

Additionally, you need to make sure you really engage your growing fan base on a daily basis. This means that if they make comments, you respond periodically; if they ask questions, you answer them and offer additional info. Also if you get constructive criticism, don’t ignore it or block those who offer it, instead, respond and make a serious effort to resolve their issues. After all these are your fans and customers.

None of this is to say that you shouldn’t be advertising; after all, the whole point of your social media presence is to increase sales. It’s just that the entire mechanism behind doing this needs to be based more on real fan support instead of just rapid-fire promotion.

In essence, what you really want to do with your social media presence is create a lasting, highly loyal base of “true fans” that will give you a constant stream of repeat purchases, site visits and keep sharing your content and profiles further down the social chain to their own friends and business partners or customers.

Once built through a consistent application of the strategies mentioned above, your fan base will be the single most powerful source of leverage you can have for more business growth and consistent sales. A strong enough group of such fans can even eliminate your dependence on SEO and Google rank.

About the author: Matthew Ellis has written for the technology and marketing industries for many years. When he’s not writing poignant articles, you can find him covering Acquirent or working on his outsourcing sales book due out in a few months. 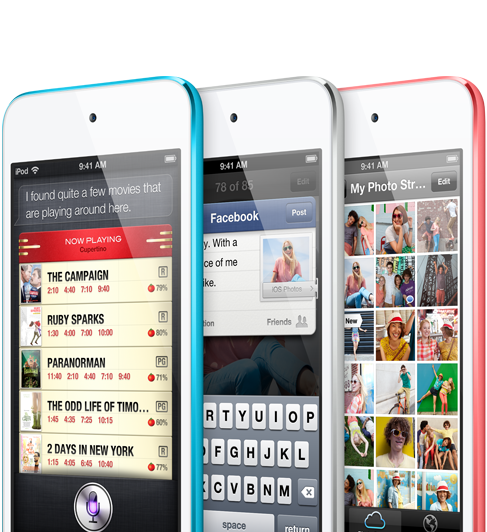 Nancy Perkins - December 14, 2012
0
If you are a tech enthusiast, it is easy to decide which smartphone you want. After all, being very well informed about technology, you...

The 10 Best Alternative to Facetime for Android

How to Adopt Correct Strategy and Approach for Social Media?