Game On with iPHone 5

Are you a gamer? Do you eat andbreathe games? If yes, this article is a must-read for you.

If you supported John Carmack, the creator of the popular game, “Doom” when he said that “Steve Jobs doesn’t care about games… he’s not a gamer,” then you should definitely have to dig this out!

As the iPhone 4 was said to be the first iPhone seeming to be made for gamers, the iPhone 4S was introduced late last year, and rumors are already ripe about the iPhone 5, which will surely be the talk of the town later this year. It was not long before Apple realized that they had to be more considerate of the kind of people who bought and used their iPhones. This means it won’t be long until you have to consider a smart phone buy back sometime soon.

Do you know what the survey says for Apple? For most surveys about their apps available in the Apple store, a lot of people purchase apps that are actually games. Games are the common purchase and download by their users through iTunes and Apps Stores.

Because of this, Apple was inspired to make the iPhone 4 a better gaming console so that users would choose to buy it over strong rival phones from the Android department.

According to the deluge of rumors over the internet tech blogosphere, it will be the hottest and most desirable iPhone to be released by Apple to date. This is because it will sport the most powerful software planted in something handy like smartphones.

So Let me tell you what Apple has in store for iPhone 5. The iOS 5 and the A5 chip, which was launched with the iPad 2, will be used again for the iPhone 5. For the first time, when it was used in the iPhone 4S, it earned rave reviews. With the improvements that will surely be introduced on the iPhone 5, the iOS 5 will be surely be maximized with the iPhone 5. And for that reason alone, the iPhone 5 will be a more wanted model for gamers and even for non-gamers; something you should take note of if you are planning to sell your smartphone for an upgrade. (More Features, Click Image Below)

And more, As the iPhone 5 will still have the Retina Display that might even surpass the 960×640 retinal display of the iPhone 4S, what more can users ask for?  That will surely be something gamers will love, since graphics will be crystal clear, enhancing the entire gaming experience.

Also, if Apple will follow their trend in terms of improving the battery life of their iPhones by 40%, that would mean more chances, more hours and more fun in playing games with the iPhone 5.

Speakers for audio and the front camera for a more interactive fun in games will also be highlighted using the iPhone 5 as a game console. It will outshine almost any digital toy gadget in the meantime. Take that, Nintendo!

So, if you are on the fence about selling your smartphone or sell used electronics for an iPhone 5 later this year, don’t be! You still have at least three months to decide, and when the final list of features will be released, try to see if there are gaming features that are right for you.

Why Buy a Laptop Instead of a Desktop?

Contributed by Guest Writer - June 5, 2013
0
In today’s world of technological advancements choosing between a laptop and a desktop is no longer a simple decision. There are many features and...

Why Any Company Collecting Biometric Data Needs to Invest in the...

Oh, No! Your Internet History’s History!

Coolest Gadgets Of The Month 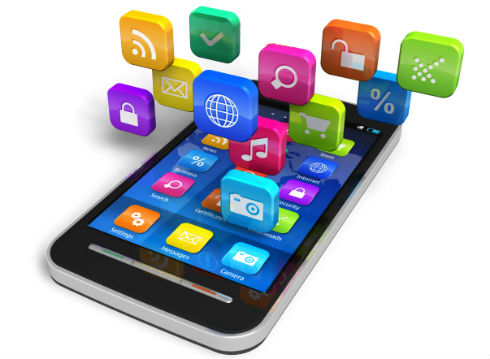 Tips on Better Using of Smartphones and Top 5 Apps