There are not too many similarities in iPhone 5, iPhone 5C and iPhone 5S. Apple implements three things same in these three smartphones, first on is 8 megapixel iSight rear cameras with an LED Flash, and the second similarity is the September month for launching their phones, and the third and last is the LED Flash-Lights on their rear side, besides with rear camera.

Same like battery life on 3G or Talk-Time, “Standby Battery Life” is also improving in iPhone 5C and iPhone 5S up to 250 hours, whereas iPhone 5 gives 225 hours.

Variations in weight are quite fascinating point here. The iPhone 5 and iPhone 5S hold the same weight of 112 grams, and the new eye-catching iPhone 5C is 20 grams heavier and weighs as 132 grams.

The Apple was not fully prepared to provide Image Stabilization feature when they launched iPhone 5. Now, this fantastic feature is waiting desperately to amaze the iPhone 5C and iPhone 5S users.

Same processor existing in iPhone 5 and iPhone 5C, both smartphones has A6 chipsets, and iPhone 5S is going to include A7 chipset.

This section will clearly show the reality about unique features of iPhone 5S:

This article will help you to understand the differences between iPhone 5, iPhone 5C, and iPhone 5S. Now, Apple is going to touch multiple buyers of international market to make the new world records, that is why, they planned to fill the price spaces with iPhone 5C and upcoming products.

The Author is Internet Guru, blogger and a writer. She is working with www.passcertification.co.uk  and helping students and professionals to prepare for certification exams with guaranteed results. 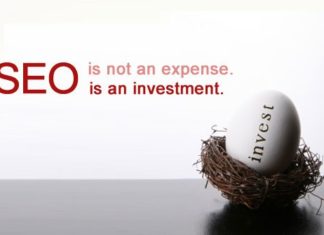 Tom Clark - December 28, 2017
0
Irrespective of the type of business, enterprises are marketing online, they can easily leverage the rising number of the internet users in order to...

5 Ways to Improve Your SEO with Internal Linking

Enterprise Data Warehousing Defines the Future of Business Intelligence – By...

How to update Kodi

How to Blog Using Just an iPhone