North Korea is considered to be one of the world’s most restrictive nations. Ruled by a totalitarian dictatorship, the nation has been isolated from the rest of the world and has often been called the hermit kingdom. That’s why the words “social media” do not really seem to have any place in the nation that has mostly been disconnected from the outside world for decades. Until Associated Press reporter Jean H. Lee sent out a tweet sraight from Pyongyang, that is. Lee is probably the first person to have sent a mobile tweet out, straight from the elusive nation.

The tweet was posted on February 25, 2013, and read, “Hello world from comms center in #Pyongyang.” It is probably the very first tweet that ever came out of North Korea. Lee, the bureau chief of Associated Press for South Korea and North Korea, was able to send it through the country’s new 3G wireless network Koryolink, which was accessible only to foreigners. Koryolink was launched in North Korea just last January. The reporter has also been posting content to her Instagram account through the 3G network.

According to Lee, being able to tweet and post Instagram photos from Pyongyang is a vast improvement from how things were run a few years ago. She remembers the first time she visited Pyongyang back in 2008 when her iPhone was confiscated at the airport. Now, visitors to North Korea can bring their mobile phones inside the DMZ and are allowed broadband access through Koryolink. Lee says this may be a step toward being open, albeit a very small one. The country clearly has a long way to go.

North Korea is behind other countries when it comes to going digital. Only an estimated 1 million cell phones can be found in the country, which has a population of about 25 million. The residents of North Korea have no access to popular social media websites like Facebook and Twitter. Instead, they are given access, through intranet, to some kind of social media, which is more like an online bulletin board where they can post their ideas and opinions about benign topics like music. All of their online activity is monitored. Their online identity is directly linked to their actual identity, which makes the monitoring easier.

So far, the North Koreans seem satisfied with this setup and there has been no known evidence of people trying to communicate with each other through underground networks, possibly out of fear. The government’s establishment of the 3G network signals its efforts to keep up with the outside world, having lagged behind digital technology for years. It co-owns Koryolink with an Egyptian company.

Lee is not the only one who has posted social media content straight from Pyongyang. Associated Press photographer David Guttenfelder has also posted several photos through his Instagram account. Guttenfelder has 71,000 followers. His photos, such as those showing teenagers on skates and a woman caught in a snowstorm, shows a small sampling of North Korean culture.

on a recent visit to Pyongyang, retired NBA player Dennis Rodman also connected to the outside world using the new 3G network, as encouraged by Lee. He posted in Twitter, “I come in peace. I love the people of North Korea!” Rodman met North Korean leader Kim Jong-un, and the two shared their love for basketball. Many people speculated that the basketball star and his team were the first Americans that Kim Jong-un had met in his lifetime.

Although North Korea imposes a lot of restrictions on its citizens, Lee said they have not censored her reports so far. However, the reporter is aware that all her online activity is being monitored and that everything she does while on the network is being watched.

Why Do Cold Calls Still Exist (and Should They)?

About Certiport MOS Certification and How Practice Exams Can Help 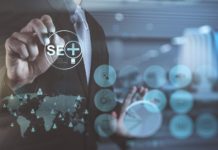 Difference between Windows 7 and OS X

Why Some Businesses Have Toll Free Numbers

ABOUT US
Teckrr.com - The purpose to create this blog is to share insights, news, reviews about Social Media, Google Behavior, Tech, Gadgets and marketing related stuffs to help the world stay connected with tech world. If you have something trendy and informative that you want the world to read about, please feel free to contact
Contact us: the.kirfan@gmail.com
FOLLOW US
© 2017 Teckrr.com - All Rights Reserved. a
MORE STORIES
Social Media