Last year was a great year for auto shows, and there were some brilliant concept cars put forward by the major manufacturers.  The year 2011 was the year that makers proved that there’s more to think about than just Land Rover servicing and Toyota mileages.  The future looks safe, efficient, and pretty stylish too.  Here are our top 5 picks from last year:

If there’s one thing you can say about BMW, it’s that their cars feel well made and nice to drive, and ConnectedDrive takes that even further, adding a lot of high-tech stuff to the driving experience.  It doesn’t quite drive for you, yet, but that day is getting ever closer.  You can almost imagine the BMW servicing of the future coming with software updates and patch notes! 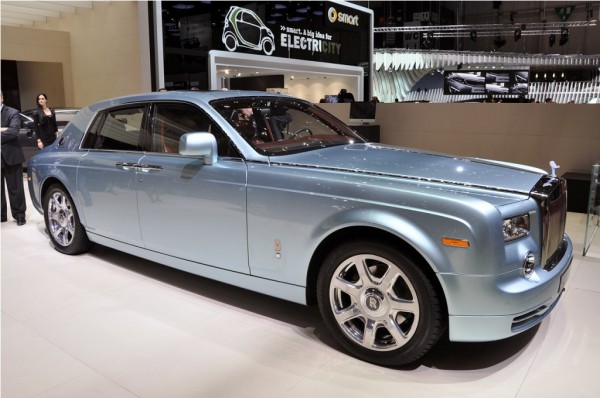 This beauty of a car features an astoundingly quiet electric engine.  Not only is this engine quiet, though – it’s also powerful, and nice and sturdy too.  It’s heavy, but that’s not exactly something you’d care about while you’re driving it. The VW Bulli, in this incarnation, is a front-wheel drive vehicle with the option for gas or electric power with amazing sound system.  It’s spacious; able to accommodate up to six people, and looks promising in concept. If you need something that’s a good people carrier, and doesn’t just look like a small bus, then this is a nice choice.

The 4C aims to be a more reasonably priced version of the 8C Competizione.  What, exactly, “reasonably priced” means in this case remains to be seen, but anything that puts Alfa Romeo styling within reach of we mere mortals is a good thing.

This particular BMW is a 2011 re-imagining of the 1936 roadster.  The re-design comes just in time for the 75th anniversary of the original, but there’s no definite news yet as to whether or not this particular BMW will ever make it to market.  So, it seems that your next BMW servicing trip will be for a more mundane model, but we can hope this one will appear on the market one day.

The Move to Alternative Fuel

Many of the concept cars that appeared last year were cars that offered either electric power, or hybrid power.  We’re still a long way away from mainstream acceptance of electric cars, but the popularity of them at recent motor shows is a good sign.  Hopefully, people will realise that their Land Rover servicing will be cheaper when they get an electric car, and that, combined with lower running costs and improved reliability will tempt the market as a whole to explore other fuels.

Of course, concept cars are just that, concepts, and not all of them will make it to market, but it’s nice to look at the concepts and dream about the possibility of owning one of them.  If an affordable version of any of the concept vehicles does hit the high street, then all the better.

admin - July 22, 2013
0
Never could get over the G.I Joes and all the action from the films and animated series, here is the next generation flight machine...

The Pros and Cons of Automatic and Manual E-Cig Batteries

Is Your Information Secure Online?

Features of Toll Free Number – The Most Important Features of...

Please Give Us a Call: Ways and Opportunities to Use Your...

ABOUT US
Teckrr.com - The purpose to create this blog is to share insights, news, reviews about Social Media, Google Behavior, Tech, Gadgets and marketing related stuffs to help the world stay connected with tech world. If you have something trendy and informative that you want the world to read about, please feel free to contact
Contact us: the.kirfan@gmail.com
FOLLOW US
© 2017 Teckrr.com - All Rights Reserved. a
MORE STORIES
Cars